Creative Arts with concentration in Dance and was awarded the Presidential Scholar and Regent Scholar Awards. She also trained and performed with Delta Festival Ballet in New Orleans. Her repertoire includes Petrushka, Cinderella, The Nutcracker, Taunhauser, Evangeline, Paquita, La Bayadere, La Corsaire, Swan Lake, Hansel and Gretel, The Magic Flute, The Barber of Seville, Bastien and Bastienne, and Amahl. In 2003, Mrs. White co-directed the Inner City Nutcracker for Mid City Dance Project and continues to work with children with special needs. She is also director of the Dance Center and School of Performing Arts Company and Junior Company. Most recently, Mrs. White co-directed, along with Dugg McDonough of LSU Opera, Seven Deadly Sins and was also choreographer for Trouble in Tahiti and The Cunning Little Vixen, with LSU Opera - of which has been awarded national awards and recognition. Mrs. White's vision for her school is to achieve excellence through quality instruction in all the arts for students wishing to pursue a professional career as well as a wonderful education for those who prefer to learn about their art form for their own personal enjoyment.

Additionally, Mrs. White is a fitness instructor in Power Yoga, Kickboxing and Body Pump and teaches at several Baton Rouge area gyms. Mrs. White is a graduate of Louisiana State University with a degree in Graphic Design and has her own design business, i see designs, llc. She is also a partner in her family's property investment company, White Oak Property Investments, LLC. Mrs. White is also blessed with a wonderful husband and two beautiful children.

Renee Brian is a native of Baton Rouge, Louisiana, who was formally

trained by Mrs. Phoebe Brantley. She attended the North Carolina

School of the Arts and the Eglevsky Ballet School. She has been a ballet

opened in 1995. She has taught ballet to inner city and special needs

Neena McLain has worked both professionally and in theatre education

for over 20 years.  She served as the Artistic and Executive Director for

Playmakers of Baton Rouge for ten years before moving into theatre

education.  Neena began her educational career as the talented drama

teacher for 1st-12th grades in the Zachary Community School district.

After several years in Zachary, Neena moved to Runnels School in Baton

into the Chair of Theatre position. As the chair, she taught 7th-12th grade theatre and was also responsible for managing a full season of shows. Neena is an actor and director who has done numerous plays, radio commercials and industrial training videos, she has also directed for Ascension Community Theatre, Theatre Baton Rouge and Playmakers.  Neena has worked as a storyteller for Louisiana Endowment for the Arts, Prime Time for Reading Program. She is a founder and managing partner for Third Wheel Theatre, a theatre dedicated to providing theatre opportunities to young actors.  Neena holds a Bachelor of Arts in Theatre from McMurry University and a Master of Fine Arts in Theatre from Louisiana State University. She is also a proud mom to son, Brandon and daughter, Kate.

Rouge Area as well as the Louisiana School for Math, Science, and the

Arts (LSMSA).  After being a young and talented assistant in her classes

of 2015.  Hannah is a student at LSU majoring in psychology as well as a

hop, pointe, musical theatre, and improvisation.  In addition to several

local professional performances, Miss Haggenmacher has also performed in the New Interfaces in Musical Expression Conference at LSU as well as the 10 Tiny Dances Project and several other freelance performances around Baton Rouge.  After graduation from LSU, she intends to go to school for a master's degree in dance. 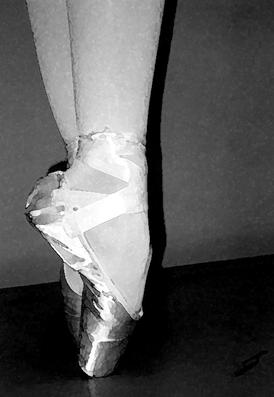 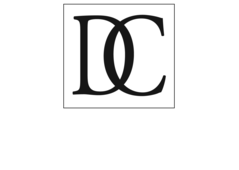